The History of Oreo's!

Oreo's are one of America's favorite cookies. Who doesn't like them? Oreo's actually have a very fascinating history, and today I will be discussing just that! 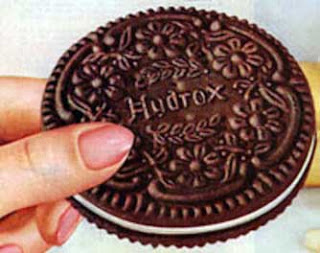 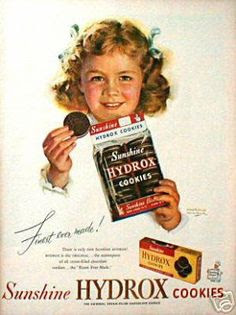 In 1890, Adolphus Green acquired a large number of bakeries joined together to form the American Biscuit company. in 1898, the American Biscuit company merged with even more bakeries to form the National Biscuit Company, now known as Nabisco.
The Oreo was created in 1912 by the National Biscuit Company, now known as Nabisco. The factory was located on 9th Avenue between 15 and 16th streets. This road is now known as "Oreo Way".
The first Oreo was sold on March 6, 1912 to a grocer from Hoboken, New Jersey. On March 14, 1912 a patent was applied for and was not registered until August 2, 1913. In case you were wondering, the patent number was #0093009. In 1913, the Oreo was officially named the Oreo Biscuit.
Although they were sold indivudually for about a month, on April 2, 1912 Nabisco announced that they would be releasing a trio of biscuits. The trio included the Mother Goose Biscuit, the Veronese Biscuit, and the Oreo Biscuit. The Mother Goose and the Veronese Biscuit did not sell well, but the Oreo sold well and eventually the other two biscuits were discontinued and the Oreo Biscuit was sold indivudually. Also, in 1920, a lemon filled Oreo was briefly introduced, but did not fare well and was discontinued not long after. In 1921 the name was changed to the Oreo Sandwich. The name was also changed to Oreo Creme Sandwich at one point, but I could not find the exact year this name change took place, but it was most likely in the 1940's.

Oreo's were originally sold in yellow tins, like these, for approximately 20-30 cents a pound. 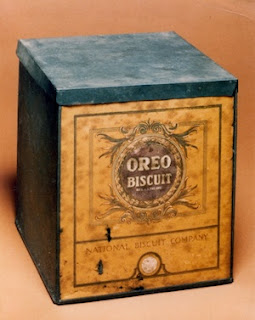 The first design of the Oreo looked like this.

Then, in 1952, William A Turner designed the last change to the Oreo cookie. It has been the same since. 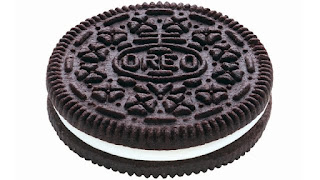 Below are some advertisements and old Oreo packaging. 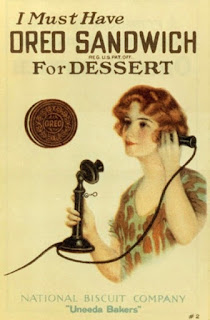 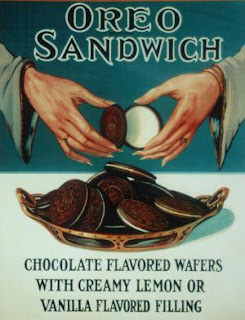 An ad for the "Mother Goose Biscuit" introduced by Nabisco in 1912 as part of the "Trio", which was discussed above. I could not find an ad for the Veronese biscuit, also part of the Trio. 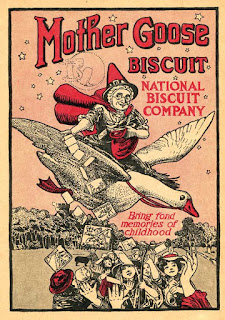 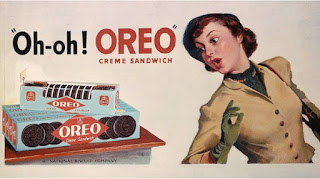 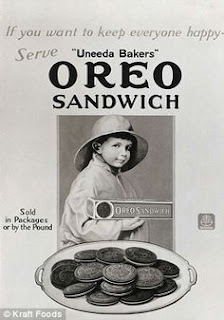 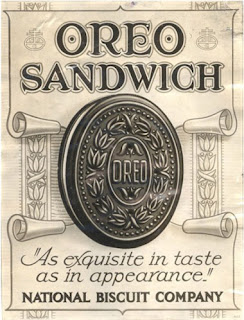 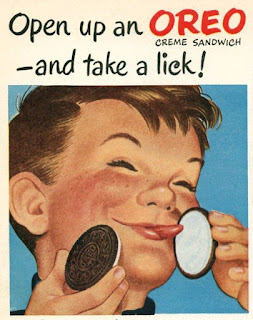 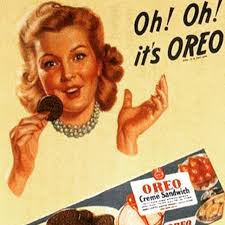